The most common form of macular degeneration in young people, Stargardt disease typically begins in late childhood and continues to progress into adulthood. This rare, genetic disorder causes vision loss that worsens over time, affecting the macula — the area of the retina associated with central vision clarity. With Stargardt disease, a fatty yellow pigment called lipofuscin builds up on the cells of the macula. This build-up damages the cells in the macula and lead to the loss of central vision.1,2

Stargardt disease is a genetic condition that is inherited when a person’s parents pass down a gene mutation that affects the production of proteins found in the light-sensing cells in the retina.

How is Stargardt disease inherited?

Usually this occurs when a person inherits a mutation in both copies of the responsible gene. One mutated copy of this gene is inherited from each parent. This is known as autosomal recessive inheritance. Usually the parents carrying these gene mutations do not have the disease themselves. In rare cases, Stargardt disease can be inherited when only one copy of the mutated gene is passed down from one parent. In these cases, the mutated gene usually comes from an affected parent.1,2

Autosomal recessive inheritance of Stargardt disease is caused by mutations in the ABCA4 gene passed down by both carrier parents. A normal-functioning ABCA4 protein works to move potentially toxic substances out of the retina’s photoreceptor cells—the light-sensing cells that contribute to central vision clarity. ABCA4 gene mutations keep the ABCA4 proteins from working properly, and they don’t remove toxic substances from the photoreceptor cells. When this happens, the toxic substances build up in the macula, eventually leading to cell death and ultimately vision loss.1 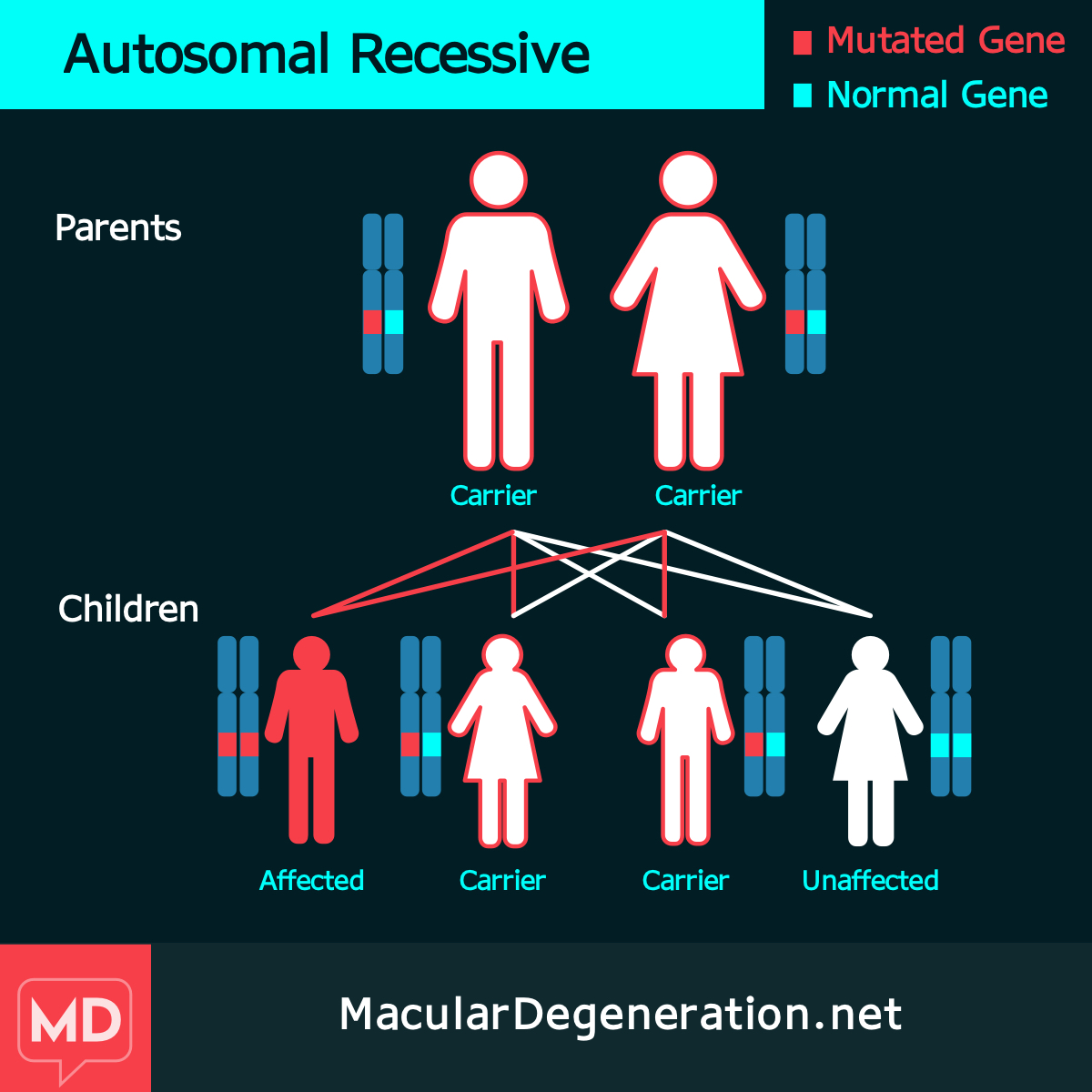 With autosomal dominant inheritance, a different gene is affected. This is called the ELOVL4 gene. In these cases, the carrier parent — usually a patient living with Stargardt disease — passes down a dominant gene mutation of the ELOVL4. The EVOVL4 protein works by making very long-chain fatty acids in the retina. Though the function of these fatty acid chains is unknown, if the EVOLV4 gene is mutated, protein clumps in the retina are formed, which block retinal cell function, and lead to cell death and vision loss.1 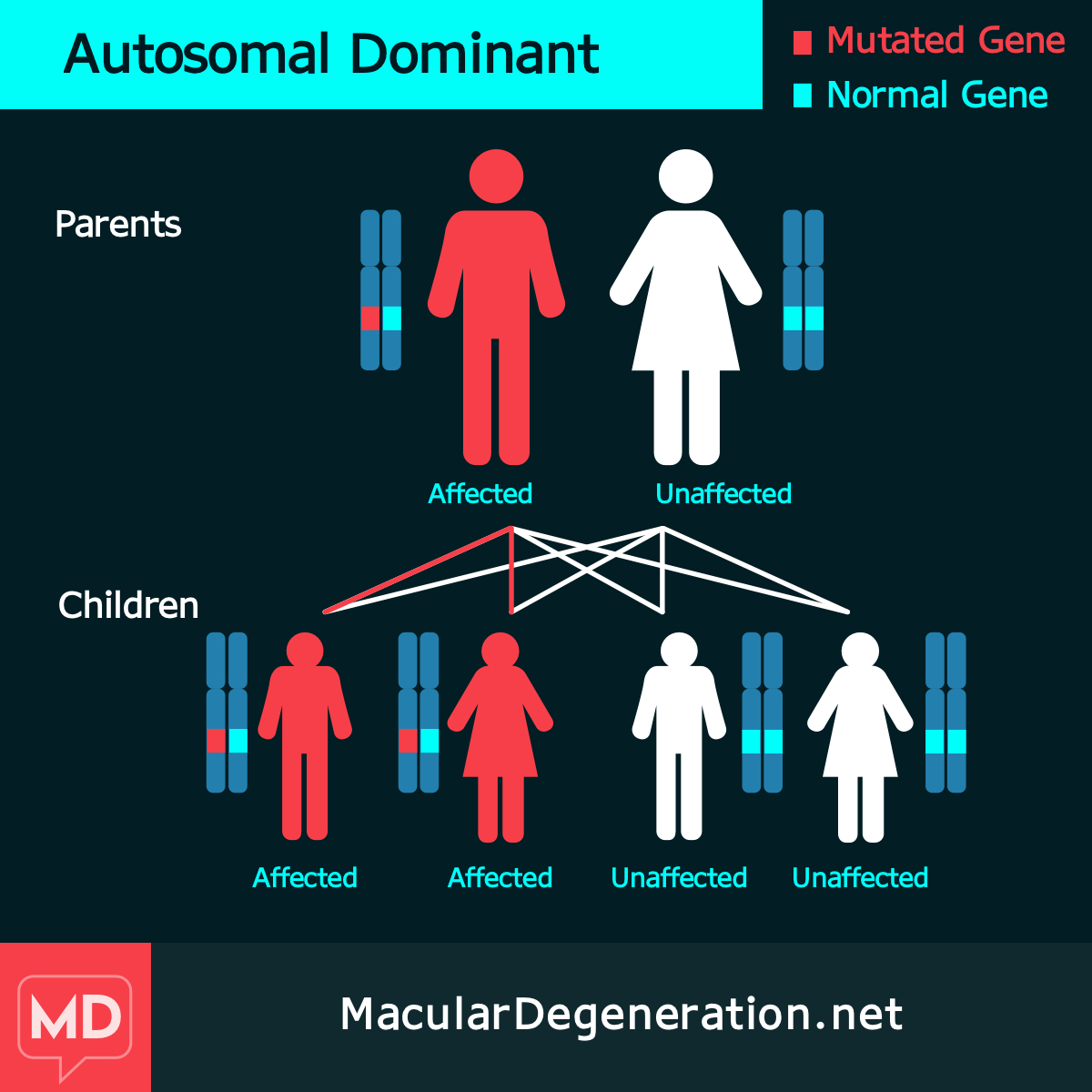 The role of genetic testing