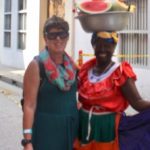 That said, let’s get on with the page! And that said, I quickly want to go on a little side trip. What else is new?

Accessibility features on iPads and tablets

Many tablets, such as the iPad, have accessibility features that may do the job for you. If you can get it for free, don’t pay for it! And that said, if the grandkids bought you a tablet for Christmas, ask for lessons!

I was in a low vision support group for a short time. At least half of the ladies admitted they had iPads or Android tablets stuck in drawers, never used! One day at the doctor’s a gentleman asked me about the iPad I was playing on. He had one but it was too small for him to read. When I zoomed the screen, the man nearly fell out of his chair. No one had taught him to pinch and zoom!

I hope to move on in a subsequent page to discuss my iPad, but for now, I will just say this: before you buy any other software or device, if you have a tablet, check the accessibility features. Don’t know how to do that? Grab someone under 30 and force them to explain it all in an understandable fashion. Most of them don’t get that we don’t get it. They don’t understand “high-tech” at one time for us was transistor radios and 8-track tapes.

But if you still need magnifying software for your desktop or laptop, that is what this page is supposed to be about.

When I first lost my second eye I was working at two locations. Both of them provided me with desktop PCs. My tech person from BBVS suggested I use ZoomText.

ZoomText is not the only screen magnifying software. Other names are MAGic and SuperNova just to mention two of the bigger names. I cannot say one word about how they work, I have never used them. However, should someone just happen to send me one gratis…huh? Oh, right. No soliciting. Health Union rules.

I like my ZoomText. My tech person at the office likes my ZoomText. He likes it because it doesn’t mess with the works, so to speak. That is, no other programs on my computer have gone wonky because we installed the ZoomText. That is a plus.

I like ZoomText because things get really big and I can actually see them. Seeing what is on the screen is another plus. I usually use 2.25 for magnification but you can go much higher than that if needed.

Things people may not like about ZoomText? My version of ZoomText does not work well with Google Chrome. It also does not work well for people who use the scroll wheel on the mouse. ZoomText uses a red box to highlight where you are working. The red box is usually well coordinated with the cursor, but if you use the wheel, all bets are off. The only way I found to fix this problem is to reboot. Remember I got my ZoomText in 2016. There are newer versions and these problems may have been fixed. They announce upgrades frequently.

There are the usual problems of magnification as well. Having icons the size of dinner plates means that is all you see. It is hard to find things on the screen – generally because half of them have “fallen off” the screen. It is also hard to get the big picture of things. Fortunately, zooming and minimizing is easy to do. Oh, another issue is the touchiness of the mouse. Jog it just a tad and things on the screen go flying!

Again ZoomText was given to me. I needed – and need – it to keep working. If I had purchased what I have now, I would have put out $600. Keep in mind that $600 covers three licenses. In other words, I can load it in three computers and still be “legal”. There are single license products available for less.

For me, screen magnification for my desktop pc is a necessary thing. If you work on a computer a fair amount as I do, a screen magnification program might be pretty important for you, too. If you do not do a lot of work on your desktop computer, maybe your tablet is all you need. I will talk about my iPad next.