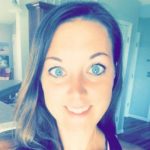 Just wow. How’s that for some perspective today? Insert any word in replacement for ‘it’: the moment, the day, life…

If you’re looking for something to help ease your anxieties you may want to try turning on the radio. According to the American Music Therapy Association, music can be used to promote physical and emotional wellness in people in a multitude of ways. Music can help people manage stress, alleviate pain, express feelings, enhance memory, improve communication and promote physical rehabilitation.

Through music, I have been able to see some really incredible and inspirational things. Though it’s no secret that I love music and concerts, this article isn’t about the therapeutic capabilities of music. It’s about a blind musician whose success can serve as a reminder to us all that our circumstances do not have to define us.

I don’t really know why or how, but the energy that comes from a live guitar or piano, and the lyrics sung into a microphone at concerts, seems to somehow travel straight from the stage directly into my heart and soul.

Music is something I can hear and feel, it’s not something I have to be able to see to enjoy. And, good thing too, because I know very well that I may not always be able to see the concerts I attend. Though the light effects at concerts and sitting close to the stage certainly enhance my musical experiences, I know that no matter what happens with my vision, I will always have the sounds of music to turn to.

My summers are spent traveling to different states and cities following my favorite musicians and visiting friends along the way. Our family doesn’t take extravagant vacations to the beach or wait in lines for the hottest new Disney attraction for our summer trips. Instead, we sit on lawns at amphitheaters and wait in lines to purchase the next tour poster to add to our gallery in the basement.

I’m getting to the point, bear with me, please…

Making time for something meaningful

It was a long week of road-tripping back and forth between different states to see my favorite, Dave Matthews Band, for the second and third times this summer. But, when I heard that the band X Ambassadors were going to be local, I just HAD to see them.

Nevermind that the X Ambassadors concert was scheduled for the only day I was home between the two other concerts I was traveling for. This show was simply not one I was willing to miss and if you ask me, the date of the concert just meant I was supposed to be there.

The X Ambassadors are a big hit band who sells out arenas and amphitheaters around the country next to bands like Imagine Dragons and Panic! At the Disco. You may have heard this band’s more popular hits titled ‘Unsteady’ and ‘Renegades’ as Top 40 hits on the radio, but my love for this band is not just because of their music.

You see, the pianist for this super popular rock group, Casey Harris, is blind. Casey has a genetic disease that affects his kidneys and his retina, called Senior-Loken Syndrome. He has been visually impaired since birth. I’ve been kind of obsessed with him since I found out and I wasn’t going to miss an opportunity to see him live in action.

A song about living with a disability

The band is from New York, where Casey has seen his fair share of struggles with getting around day to day as a visually impaired person. These struggles inspired one of the band’s most popular songs, Renegades. Through some fangirling, I learned that the song ‘Renegades,’ the song that put the X Ambassadors on the rockstar map, is about people not being stopped by their disabilities.

But, calling people with disabilities renegades? What does that mean?

What is a renegade?

Merriam-Webster defines a renegade as an individual who rejects conventional behavior. If you think about it, that’s what we’re all here striving to do, isn’t it? We all just want to be accepted as we are, in a society that screams conform. Am I right?

I’ve always enjoyed this song for its fun beat and catchy refrain, but I didn’t know what the song was really about until recently. The official video for this song showcases different individuals with various disabilities accomplishing their goals and expressing their desires to be treated the same as everyone else. You can watch the music video here.

At the concert I attended this summer Casey’s brother and lead singer of the band, Sam Harris, began this song with an uplifting speech about the importance of being who you are and accepting others’ differences in this life while being kind.

Obviously, Casey’s story is one of inspiration and proof that visual impairment is just an obstacle along the journeys of those of us with similar struggles, not a death sentence.

But, besides that, the beautiful relationship between Casey and his brother Sam, is one of compassion and unconditional love. You can see the love and devotion that Sam has for Casey at the end of the Renegades video. They are side by side on stage and in life.

Many of us struggle with the thought of losing our independence along with our vision. It feels hard to lean on others to help us when we’re accustomed to doing it all ourselves.

Though Casey rocked out the entire time he was on stage, the absolute best part of the evening for me was his piano solo before the band’s most well-known song, ‘Unsteady’. There’s really no way to describe Casey Harris’s talent in words, it’s truly something you have to hear to believe. Enjoy.

I am a huge advocate for each of us finding ways to cope and manage anxieties and stresses that accompany vision loss. For me, one of the ways I cope is with music. I realize that music isn’t everyone’s go-to for a therapy session. Like anything else, we all respond differently to music.

Here’s to finding our way as renegades and enjoying life through a different lens, in a different way.